NYT – I Met My Husband on the Materinity Ward

NYT – I Met My Husband on the Materinity Ward

I Met My Husband on the Maternity Ward

He needed someone to cuddle him.

My birth story, which is also my love story, began nearly 40 years ago in the mountain town of Spalding, Jamaica. It has been told to me time and again by the two women who were there that April day — my mother, Lorna, and a stranger, Lurline, who was giving birth in the same open ward.

My mother and Lurline lived in different towns far from each other and had traveled separately to the hospital in Spalding. At the time, men had no place in the maternity ward, so my father, Vivian, a farmworker, and Lurline’s husband, Jeral, a pastor, were not there for the deliveries. Lorna and Lurline were expected to handle labor alone, with the help of nurses and doctors, of course.

These young women were the first generation even to have the option of giving birth in a hospital; they both had been born at home in crude conditions. Percy Junor Hospital in Spalding boasted no modern amenities. There were no meals on sanitized trays. Patients had to bring their own food, or have it brought, preferably in thermoses if they wanted it to be hot. Expecting mothers also had to bring their own gowns, bedsheets, even cloth diapers for their newborns.

There were few if any locally trained doctors. Cuba had the nearest medical schools. These Cuban-trained doctors were assisted by Jamaican nurses who ruled the maternity ward, moving briskly between the sheer curtains that separated the beds. There was no privacy.

Lorna and Lurline lay nervously in their adjacent beds. While curtains separated them, they were connected by their fear of childbirth, and it was that fear that led them to start talking.

My mother was the first to go into labor, which began with a piercing pain that only intensified. As Lurline tells it, my mother began to moan and groan and quickly escalated to her mouthing unintelligible words in agony.

Lurline was overdue and believed that she should have been the one to be in labor. Shifting in her bed, she maneuvered her swollen and wobbly feet to the floor and, cradling her protruding abdomen, waddled to Lorna’s bedside. With her pastor husband, Lurline was a religious woman, a praying woman. She and Jeral led a small church in Cascade, so she prayed for my mother at her bedside.

She later told me that witnessing my mother’s agony was akin to watching a body being split in two; my mother moaned and thrashed as if possessed. Lurline was seeing childbirth for the first time and it truly terrified her. She not only prayed for her new friend but also for herself, for what she would soon have to endure, as she held my mother’s hand through each contraction and breathed with her in unison.

These women had grown up in a time when subjects like sexuality and childbirth were not discussed, not even between mothers and daughters, so she found herself neither mentally nor emotionally prepared. The nurses did not take pity on first-time mothers and offered no comfort.

The nurses failed to realize, however, that my mother was in grave danger. She was hemorrhaging and growing lethargic, her legs shaking. Lurline told me that the brown of my mother’s irises even rolled over to reveal pure white, and her mind seemed to ebb and flow from awareness to oblivion.

When my mother’s body went still, the nurses, finally aware of the danger, busied themselves around her as night fell. It would be many hours before my mother would hear her baby’s cry — my cry — for the first time.

On Monday, April 13, 1981, my mother awoke to the sight of me being placed in her arms, but she was desperately weak, and the nurses decided she would need to remain in the hospital an extra four nights for observation. My mother’s happiness knew no bounds; my safe arrival was enough to calm the fear that had brought her to the brink.

Now it was Lurline’s turn, and the weight of her pregnancy was starting to drain her. She had thought she was emotionally prepared to deliver her baby, but seeing what my mother endured made her reel at the thought of pushing life from her own body.

Then the doctor came with bad news: Her baby was breech and would need to be surgically extracted. Lurline hadn’t anticipated this, but the doctor explained that her life and the baby’s life were in danger; she might even have to choose between them. The words “your life or your baby’s” terrorized her.

Lurline wrestled with this choice as the doctor’s warning rattled through her mind. She thought of the tumultuous yet tender days of her marriage, the life blossoming within her, and the moment she expected that she finally would hold the physical manifestation of her and Jeral’s love. Would that still happen now? As her mind veered between visions of life and death, she turned to her only source of solace — prayer — and in doing so, came to a decision: The baby’s life had to be saved.

Lurline suffered alone with the gravity of this decision. Despite her husband’s absence at the hospital, they managed life together and had started building a home for the family they were creating. They maintained a farm and a church. Jeral had made the long journey to the hospital when it was time for his wife to deliver their child, but he was not allowed to stay, so he had returned home.

As Lurline lay in bed, she worried about how Jeral would react if he were to come to take his family home and learn that only his child had survived. She pictured his face, perplexed by the doctor’s words. She saw his hands reaching for her in desperation and denial, only to confirm that his wife was, in fact, absent from her body.

Lurline inhaled the present: her church, her husband and the life inside her. Then she exhaled, as if letting go of all that might have been: a long marriage, parenthood, their rightful future. Placing her hand on her Bible, she glimpsed her wedding ring. She had not removed it since Jeral had slid it onto her finger years before, but she decided to remove it now, which took great effort, as her fingers had swollen.

Once it was off, she whimpered at the sight of her Bible and wedding ring. In life they were her identity, but in death they would be a memory.

If she were to die, Lurline needed Jeral to know what had happened during her last moments. As she approached my mother, holding her Bible and wedding ring, she felt guilty encroaching on such happiness, but she had no other choice. She didn’t want to cry, but upon seeing my mother holding me, Lurline’s eyes filled with tears. She put the ring and Bible in my mother’s hands with the request that Jeral receive them if she did not make it out of surgery alive.

These symbols of love and commitment felt like cement in my mother’s hands. She took a deep breath and nodded yes. Even if my mother didn’t quite realize the extent of Lurline’s trouble, she knew how deeply she had come to appreciate their newfound friendship.

On Wednesday, April 15, two days after my mother had given birth to me, a new life safely emerged by cesarean section, a boy named Ontonio.

At 13 pounds, Ontonio was the talk of the ward — no one had ever seen a baby of such great weight. Sewn up with stitches, aching from her surgery and unable to sit up or move about, Lurline rested beside her new friend, Lorna. Lurline’s delivery had been so traumatic and physically taxing that she would need time to heal.

And so it happened that the nurse took Ontonio from his mother and handed him to mine, who rocked, cuddled and sang to us both — me, Kadine, and Lurline’s baby boy, who in time, although we lived hours apart, would become my occasional childhood playmate, then teenage lover and now husband of 15 years.

Together, Ontonio and I entered this world, and together, four decades later, with three children of our own, we continue to revel in its mysteries and miracles.

Kadine Christie lives in Fairhope, Ala. She is the author of the memoir “I Am Home Within Myself.” 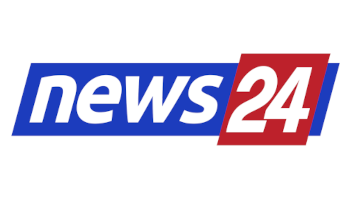